How digital innovation is powering payments revolution in Mauritius

By Eric Hautefeuille, COO, Bank One 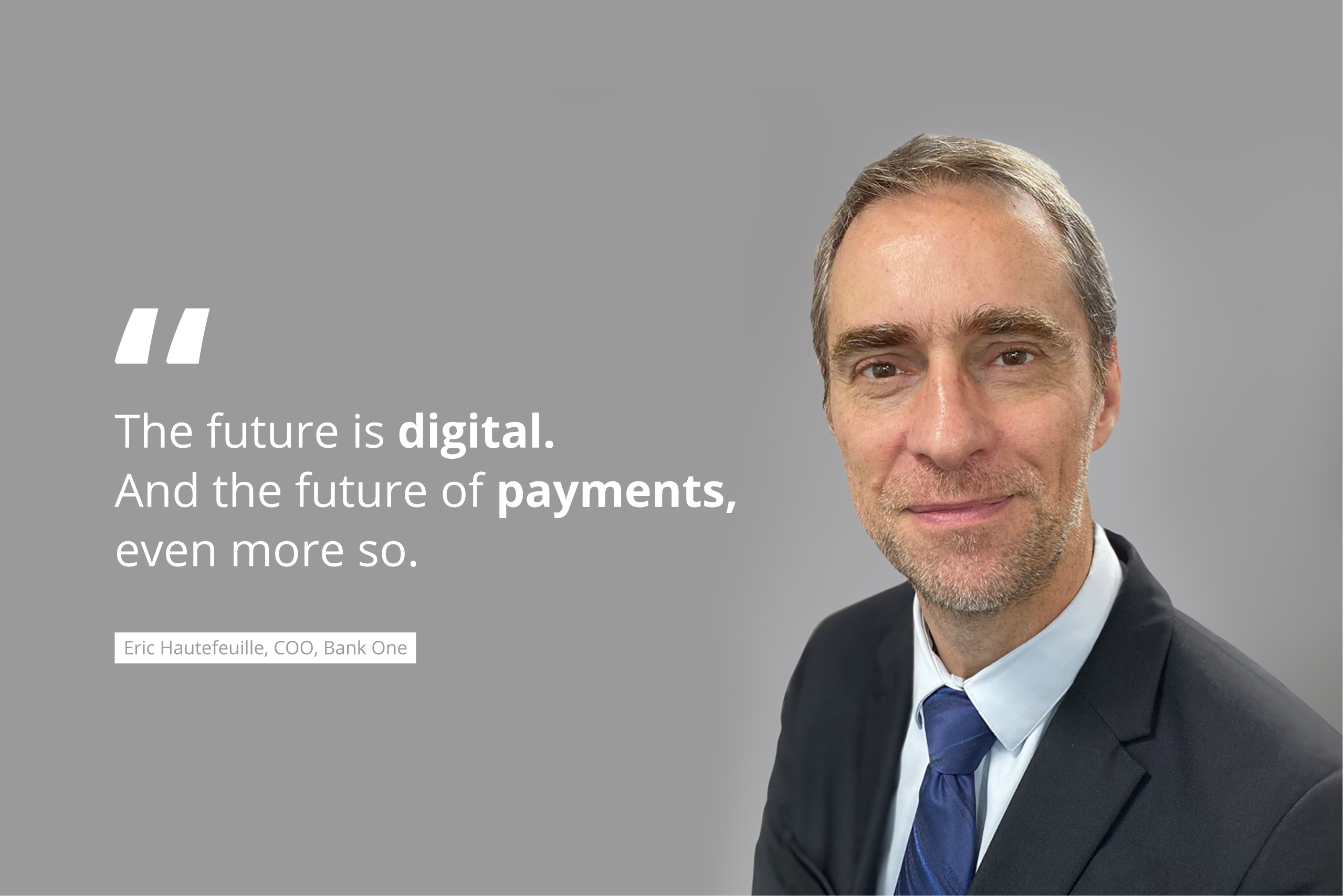 The future is digital. And the future of payments, even more so. With Mauritius looking forward to a future that is digitally-led and innovation-driven, it is clear that the payments arena in particular is at the cusp of revolutionising the financial services landscape.

At Bank One, we strongly believe that the payments arena in Mauritius holds the potential for far greater collaboration between traditional players and FinTech firms and a deeper transformation of the simple payment routine into added-value digital services. This firm conviction translated into concrete reality with the launch of our disruptive payments app, pop, at the end of September.

At Bank One, we see pop as a testimony to innovation in the banking sector where the future of banking will evolve from product-led to customer-driven solutions. We expect to witness more innovations in the market that are bank agnostic and I believe the most successful ones will be those that are focused on customer lifestyle, are use-case driven, and seek to embed themselves into customers’ lives seamlessly, almost invisibly.

We also laud recent initiatives such as the national digital identity platform MoKloud and the MauPass initiative, launched as key pillars of the National Authentication Framework (NAF) last year. No doubt that these ongoing initiatives aimed at facilitating full-fledged digital onboarding in Mauritius will really accelerate bank and FinTech digital services adoption. Let us now consider the key market trends that we expect to witness, and actively contribute to, over the coming years.

The global pandemic has accelerated the adoption of contactless payments as retailers were forced to seek alternatives to cash payments to help prevent the spread of the virus. But even before that transformational event, we have been gradually moving away from physical currency for many years thanks to card payments, online transfers, online and contactless card payments, secure payment apps, and the arrival of devices that allow their overall integration, such as smartphones and wearables.

While advanced economies such as Sweden are well on track to become completely cashless – The Scandinavian economies, by March 2023, will witness a drop in cash usage from 40% to 10% in the last decade. Mauritius too has been taking steady, albeit slow, steps towards the holy trio of internet, mobile and contactless instant payments. More change is happening at the level of the regulator. Indeed, the Central Bank is making good progress in putting in place the necessary infrastructure to facilitate the development of FinTech in the banking and non-banking space. A fundamental achievement in this area is the implementation of the Mauritius Central Automated Switch (MauCAS) that makes banking, e-commerce and mobile payments instant and inter-operable, and promotes a ‘cash-lite’ society.

Let us explore some of the key trends that promise to converge into the emergence of a truly cashless society in Mauritius:

As an overriding trend, we see that customer centricity and client expectations – to have access to instant payments, value-added services and rewards, for instance – take centre stage in driving change across the entire financial services ecosystem, especially payments that touch users more directly. I believe this is a positive influence that can be expected to result in solutions that are more focused on clients’ needs.

Why pop was needed in Mauritius – and what is its promise to users?

It was against this backdrop that we at Bank One announced the launch of pop as the first and only universal digital payment solution in Mauritius, on 30 September. Powered by the MauCAS payment network, pop has the ambition to become the only application that Mauritians will need to make all their payment transactions going forward – be it to merchants, friends or family, settle bills, or pay for services.

From a user perspective, the app not only facilitates individual payments (one-to-one) but it can also be used for ‘many to one’ payments, in splitting a bill with others in a restaurant for example. Beyond the simplicity of the payment transaction, pop is loaded with value-added services that make the life of users easier. Pop also comes with nifty reminders that are seamlessly integrated into the app and it helps users ‘spend smarter’ through insights on where they are spending their money. Ultimately, we want to provide pop users comparisons similar to those currently used by Amazon when making recommendations based on past user behaviour.

Pop is also instantaneous, free to use, and available in English, French and Creole. It is, in fact, the very first mobile app available in Creole within the financial services space in Mauritius! Unlike an e-wallet, pop does not require that you load cash. Your money stays in your bank account where it continues to earn interest and your account is only debited when you make a payment. In a truly bank and operator agnostic spirit, pop allows you to scan any QR code under the MauCAS framework.

Beyond the individual users, merchants accepting pop also experience substantial benefits, since they are be able to manage their transactions around the clock in real time and offer a universal digital payment solution to their customers at a fraction of the cost they would normally pay and without any capital investment. To seamlessly support these merchants, Bank One has on the one hand partnered with MiPS, a payment-driven feature-oriented platform offering a wide range of channels such as ecommerce, mPOS, email and SMS payments to businesses. On the other hand, pop allows merchants with multiple checkouts such as supermarkets to easily connect their cash registers to pop through secured APIs. But that’s not all! Bank One is the first mobile payment provider to become part of the Loyalty OneWorld ecosystem, through which customers at participating retail outlets (such as Intermart, 361, Yum Cha and House of Canton) will receive loyalty points which can be redeemed at any OneWorld partner of their choice.

The way forward for innovation in payments: Collaborate and thrive!

Just as the mobile app BankID played a key role in Sweden’s cashless transformation, it is our hope that pop will be Mauritius’ answer to Sweden’s BankID and, ultimately, the driver to take our transformation to a cashless society to the next level. Looking ahead, we are keen to introduce a variety of new features next year to ensure that all financial needs can be met through pop – be it insurance, microloans or microsavings, for instance – as we set out to become an ‘open architecture financial supermarket’.

Most of these features would, in fact, be delivered not by Bank One but by pop through a range of partners, existing and new, thus ensuring that not just Bank One but the entire FinTech ecosystem thrives alongside. We have already demonstrated our commitment to collaborate with local FinTech players by entering into strong tie-ups with the likes of MiPS. We see a future for banking where innovation might emerge from the ranks of FinTechs but would be duly supported and nurtured by the traditional banking players so that consumers can have the best of both worlds at their fingertips.

Eric has a career spanning almost three decades at senior level in the banking sector. He spent 24 years at Société Générale whereby he worked in various countries namely in Europe, Asia and Africa. During his past tenures, he successively held the positions of Chief Information Officer and Project Director in Cameroon (1997-2000) and in Tahiti (2000-2005), Project Director in Russia (2005-2007), Head of Operations and Deputy Chief Operating Officer in China (2007-2011), Chief Operating Officer (COO) in India (2011-2014) and Head of Transversal Operations in France (2014-2015). Prior to joining Bank One as COO in October 2020, Eric held the positions of COO and Head of Transformation at BNI Madagascar for five years. He was instrumental in developing the BNI digital footprint, particularly on mobile, cards and payments businesses and branchless digital microfinance. 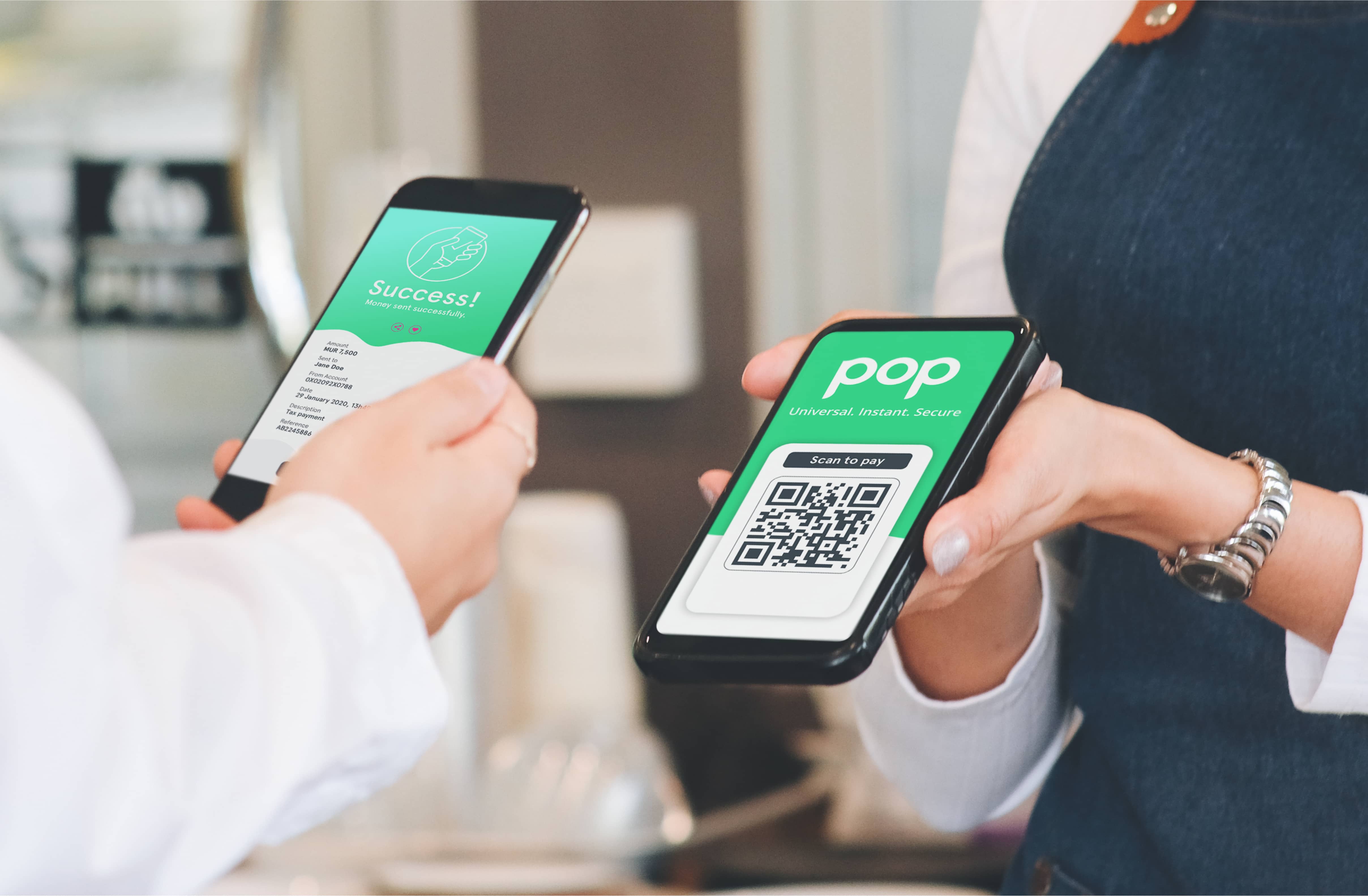 Contactless mobile payments are now a reality in Mauritius 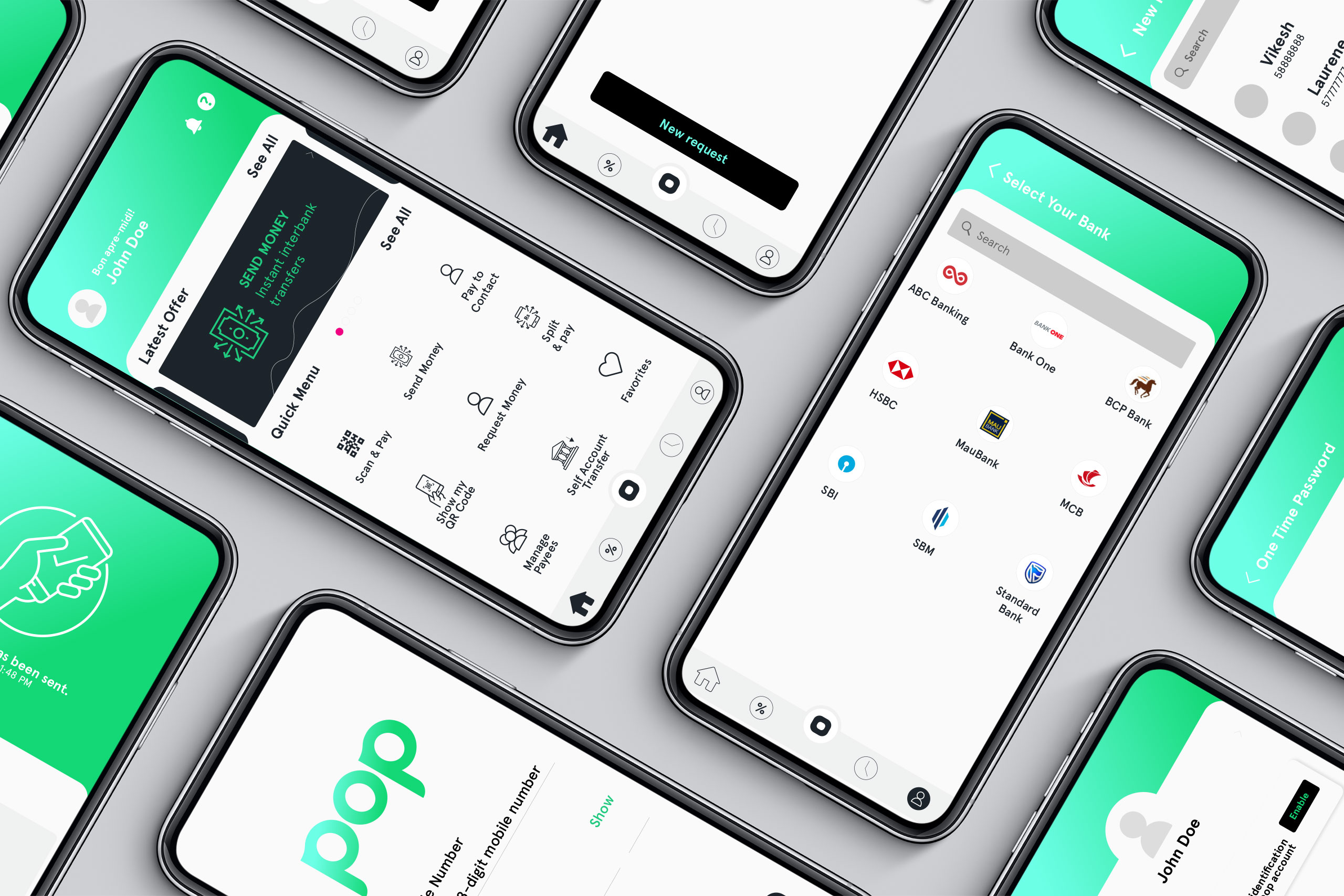 All you need to know about pop 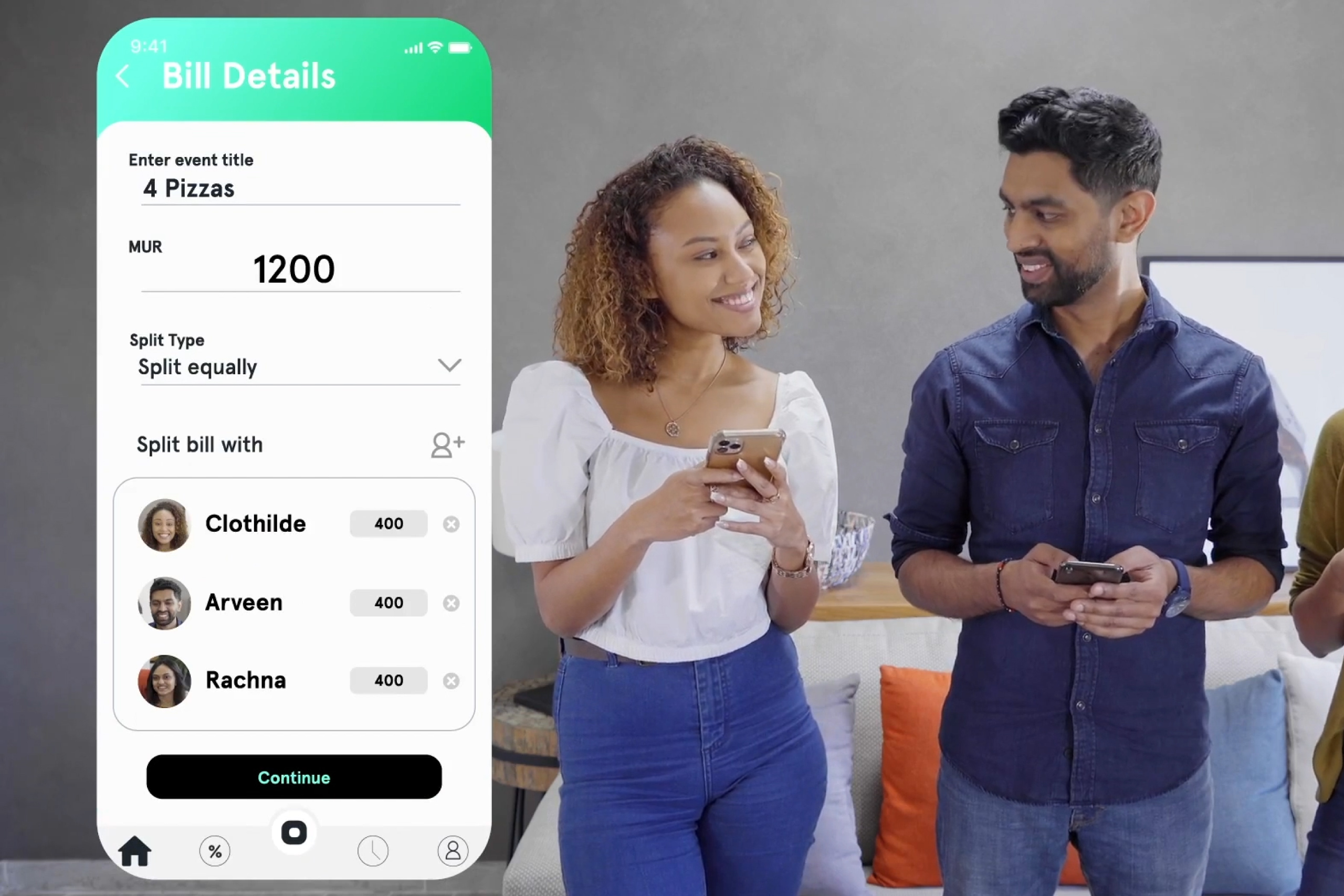 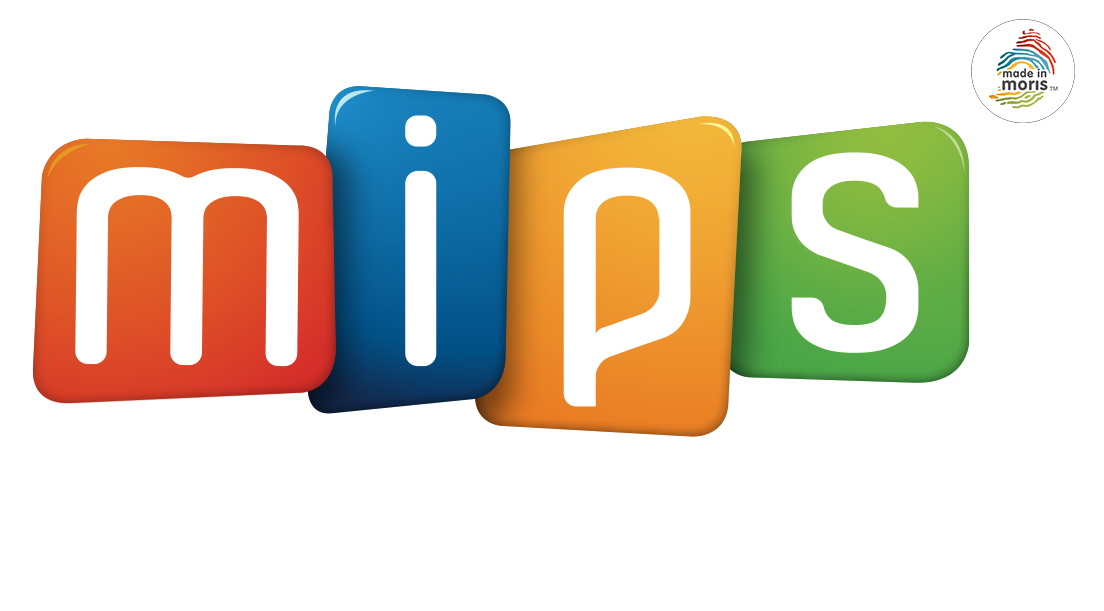 Show your Barcode
and make instant
pop payments at intermart 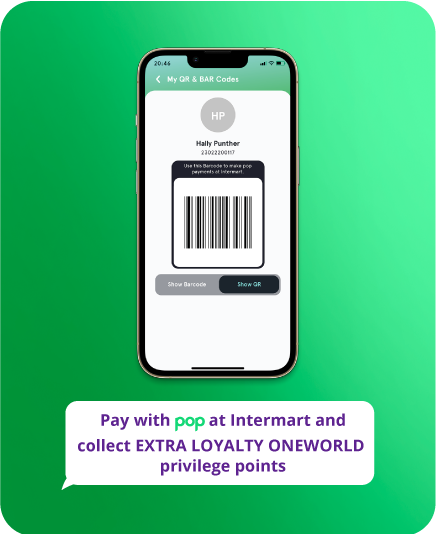 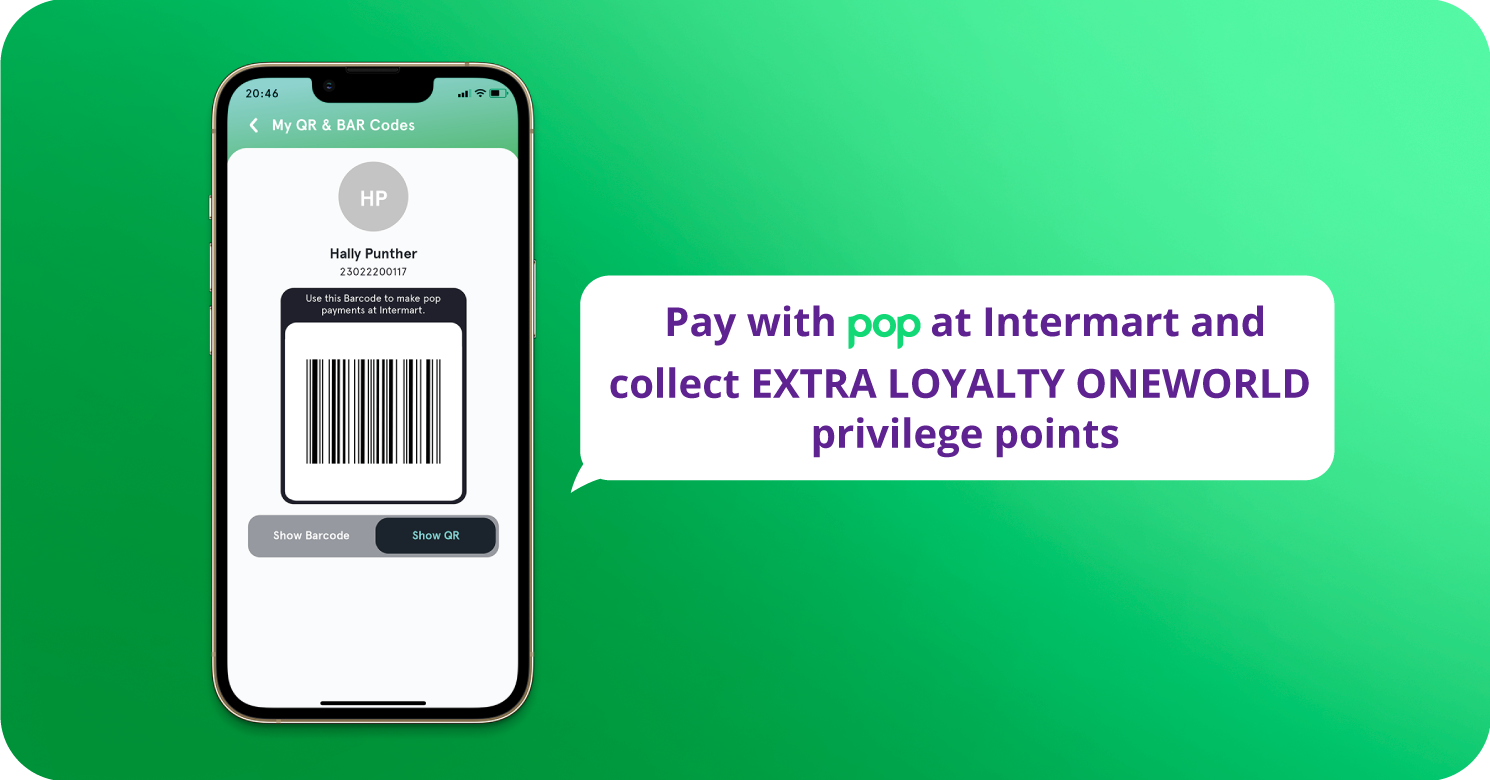 Place your device under the Barcode scanner

Bank One is licensed by the Bank of Mauritius.
Pop is a service from Bank One.